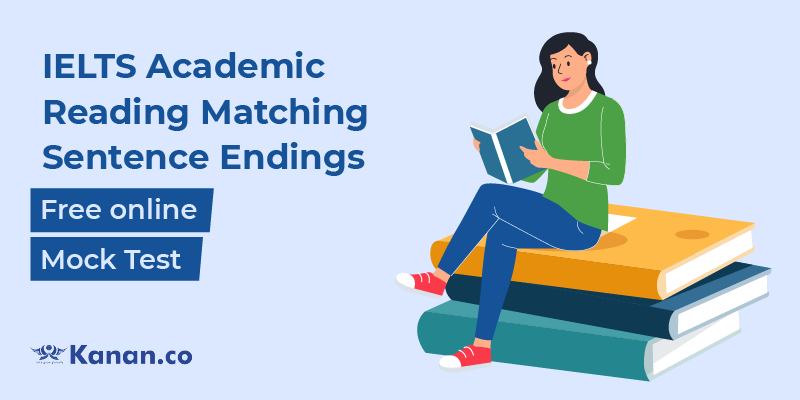 This IELTS academic reading matching sentence endings mock test is designed to evaluate your preparation level for the IELTS exam. The more you practice the more likely you are to achieve a score of 7 or higher on the actual test. In this task, your objective is to read the given passage and choose the correct sentence endings for a list of incomplete statements. 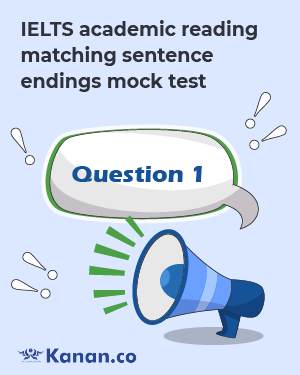 Answer questions 1-3 which are based on the reading passage below.

When America eventually won its independence from British rule in 1783, it began its own free and independent tea trade with China. The success of this trade made some people in Britain question the wisdom of the East India Company’s ongoing monopoly on British trade with the East. In 1813, the Company lost its monopoly on trade with India, but still had it on trade with China, which meant it was heavily dependent on the tea trade.
The Company’s charter was due for renewal in 1834, and in the decades before that, there was a growing call for the abolition of the monopoly and the instigation of free trade with China as well. Supporters of free trade argued strongly that the Company kept tea prices artificially high in order to maximise its profits, using tactics which included restricting the supply of tea.

Complete each sentence (Questions 1-3) with the correct ending, A–E, below.

ORIGAMI - THE ART OF PAPER FOLDING

Origami, the traditional art of paper folding, derives its name from ‘ori’ means folding and ‘gami or kami’ means paper. Though various studies claim that this art form originated in Japan nearly a thousand years ago, there are chances that it has its roots in China. Origami is the art of converting a flat square piece of paper into a beautiful sculpture by using folding and sculpting techniques. Intricate designs can be produced by combining a few basic origami folds in various ways. The most popular Japanese origami design is the paper crane. Generally, the modern origami artists do not use markings, cuts or glue on paper, and they use a different word - kirigami- for the designs with cuts. Japanese origami has been in practice since the Edo period, 1603-1867, during which the rules were less strict.

The artists were able to use non-square papers to start with, and cutting the paper was also allowed if required. In the 1860s, Japan became open to the outer world under modernisation policy. It adopted Froebel's Kindergarten system in which folding techniques were a significant part. This integrated German ideas of paper folding with the traditional Japanese methods. According to the German techniques, the starting paper must be a bicoloured square, without cuts. Historians have documented various paper folding traditions which developed in Japan, China and Europe. These traditions were exclusive information until the 20th century when they were popularized due to the internet, and the masses began to experiment with the art. In China, as per a tradition, folded paper symbolizing gold nuggets were burned on funerals. A short poem written by Japanese poet Ihara Saikaku in 1680 made an unambiguous reference to a paper model.

It mentions a butterfly sculpture, often used in Shinto weddings. Folding formed an essential part of many ceremonial functions during the Edo period in Japan. In Europe, napkin folding flourished during the seventeenth and eighteenth century and was a dinner-table status symbol among the nobility, but was later replaced by porcelain. In the early twentieth century, artists such as Akira Yoshizawa and Kosho Uchiyama created and recorded original origami works. Akira Yoshizawa, also, innovated wet-folding and some other types. In the 1980s, many artists studied the mathematical properties of folded structures, and this made the origami models more complex. Today, various engineering applications use the principles of origami. In medical science, stents that are inserted into the blocked passageway, such as an artery, to keep it open are based on the techniques of origami. Certain packaging also uses a similar concept.

Complete each sentence with the correct ending, A-I, from the box below.

Write the correct letter, A-I, as your answer to each question.

The East India Company and the Tea Trade

The company successfully weathered the various political storms going on in Britain in the seventeenth century. Oliver Cromwell provided the merchants with a new charter after Charles I was deposed, and the Commonwealth was established in 1649. Then, when Charles Il was restored to the throne in 1660, the company ingratiated itself with him to protect its interests. In fact, Charles II actually extended its privileges to allow the company to take military action to establish itself in places where it wished to trade. But where does tea fit into all this? Charles Il's Queen, Catherine of Braganza, was a Portuguese princess who had grown up with a taste for tea. When she married Charles and came to England, tea gradually became a fashionable drink in courtly and aristocratic circles.

This was made possible by the East India Company which, in 1664, placed its first order for tea - for 100lbs of China tea to be shipped from Java for import into Britain. This steady supply continued until 1678, when an import of 4,713lbs swamped the market until 1685, when 12,070 lbs were imported, swamping the market again. This pattern continued until the end of the century. But the eighteenth century was very different. Tea drinking really took hold as an activity for the whole population, and the East India Company's imports rocketed. By 1750, annual imports had reached 4,727,992 lbs. In fact, tea was still very expensive, partly because of the company's monopoly on the trade and partly because of the high taxes imposed upon it.

To satisfy the demand of the less wealthy, an enormous amount of tea was smuggled in and sold illicitly - some was even brought in on the East India Company's own ships, by crew members who then sold it on to smugglers. This situation continued for years until William Pitt the Younger became Prime Minister in 1783. With the Commutation Act of 1784, he slashed the tax on tea so dramatically that smuggling became pointless. Thereafter, virtually all tea was imported legally by the East India Company. But in the decades leading up to Pitt the Younger's Commutation Act, tea smuggling had really hit the profits of the East India Company. Needing to increase profits and offload the surplus tea that the company had accumulated during the worst years of the smuggling, it asked the British government for permission to export directly to America, which at this time was still a British colony. Permission was granted, and it was decided that the tea would carry a tax of 3 pence per pound.

The Americans were outraged, and many considered such British-imposed taxes illegal. They were doubly angered by the decision that the company should also have a monopoly on distribution, another move that was intended to help it out of financial trouble. When the company's ships arrived in Boston in late 1773, the townspeople resolved that the tea should not be brought ashore nor the duty on it paid. But the colonial administration would not allow the ships to leave port. The deadlock eventually resulted in the Boston Tea Party, when a mass of townspeople, dressed as Native Americans, boarded the ships and threw all the cargo of tea overboard. This was one of the key events that sparked off the American War of Independence.

Complete each sentence with the correct ending, A-I, below.

Write the correct letter, A-I, as your answer to each question.

Some of the theories are links between the private and public sector management. One of the prime example, Max Weber’s exploration of ideal bureaucracy in the context of Protestant ethics and the Spirit of Capitalism. German Sociologist and Political economist Max Weber developed a Bureaucratic theory. For him, the most efficient form of organization is bureaucracy. The organisation has an authoritarian mark. This has well-defined rules and regulations to follow. Max Weber propounded three types of power: 1. Traditional Power, 2. Charismatic power and 3. Bureaucratic power or legal power.
The trustworthiness of bureaucracy admires Weber. A group of professionals and ethical public officials are part of Bureaucracy. These people serve the public for the benefits of job security and to enjoy the advantages of public employment. They followed the principles of Rationality, Objectivity and Consistency. Both a high degree of division of labor and hierarchy of authority exist in the bureaucracy. The rules that were laid down must be followed.

The nature of bureaucracy organisation is rigid. Rigidity and inflexibility is the price to pay for strict rules and regulations. It does not care about human relations. In contrast, nowadays business organisations give importance to impersonal relations. The technical qualifications of an employee are eulogized more than dedication and commitment of an individual. It is suitable for the organization which slowly changes. Due to formalities and rules, the decision making process will become difficult.
Some of the recognised American public administrators are Herbal Simon, Chester Barnard and Charles Lindblom. These men are coming to a period where the field gains recognition due to its quality of being independent and unique. Simon introduces a theoretical separation to discern management decisions based on personal values. Objectively determined facts also need to be considered while making decisions. Simon also developed other related theories. Comprehensive rationality was criticized by the Lindblom’s. Simon also considered making decisions based on complete information is unrealistic and can take an unlimited amount of time. Most Public administrators use sufficient information to make satisfactory decisions.

Complete each sentence with the correct ending, A-H, from the box below.

Write the correct letter, A-H, as your answer to each question.