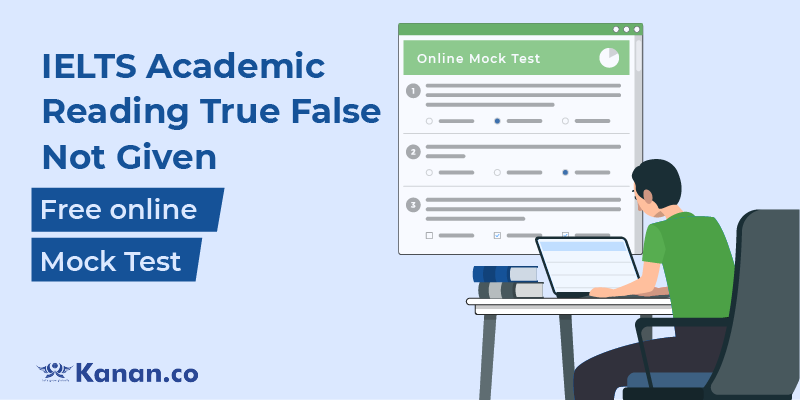 In this IELTS Academic Reading True False Not Given Mock Test, you are required to compare a question statement with information from the passage and decide whether it is true, false or not given according to the passage. This task checks your ability to locate and understand specific information. And also, it tests your ability to identify and comprehend the writer’s views and claims. Keep in mind don’t write ‘Yes’ in place of ‘True’ or ‘No’ in place of ‘False’.

Most research of animal navigation

Most research on animal navigation has been carried out with homing pigeons, and this research over many decades has served only to deepen the problem of understanding their direction-finding ability. Navigation is goal-directed and implies that the animals know where their home is even when they are in an unfamiliar place, and have to cross unfamiliar terrain.

Homing pigeons can find their way back to their loft over hundreds of miles of unfamiliar terrain. Migrating European swallows travel thousands of miles to their feeding grounds in Africa, and in the spring return to their native place. Some dogs, cats, horses and other domesticated animals also have a good sense of direction and can make their way home from unfamiliar places many miles away.

Pigeons do not know their way home by remembering the twists and turns of the outward journey. Birds taken in closed vans by devious routes find their way home perfectly well. Similarly, birds that have been anaesthetized on the outward journey, or transported in rotating drums can also find their way home. Furthermore, they do not navigate by the sun, because pigeons can fly home on cloudy days and can even be trained to navigate at night. However, they may use the sun as a simple compass to keep their bearings. Although they use landmarks in familiar terrain, they can fly home from unfamiliar places hundreds of kilometres from their home, with no familiar landmarks. The sense of smell also does not aid navigation from a long distance, particularly when the wind is downward; but, it does play a part in their homing ability when they are near the familiar territory.

Some biologists hope that the homing of pigeons might turn out to be explicable in terms of a magnetic sense. But even if pigeons have a compass-sense (which is not proven), this could not explain their ability to navigate. If you were taken blindfolded to an unknown destination and given a compass, you would know where north was, but not the direction of your home.

Do the following statements agree with the information given in the Reading Passage?

Answer questions 1-7 which are based on the reading passage below.

Around the beginning of the 20th century, Russian physiologist Ivan Pavlov accidentally discovered classical conditioning. Pavlov was studying digestive processes in dogs when he discovered that the dogs salivated at the sight of the lab assistants who got them food even before the food was served. Pavlov noticed that the dogs were not only responding to hunger as a stimulus but also developing a new response in the process of learning. This observation was confirmed with the repeated pairing of the food and the lab attendants during which a tuning fork cued the dogs that food would soon be served. Pavlov called this phenomenon ‘psychic secretions.’

The rest of Pavlov’s life was spent in researching why there was an occurrence of associated learning, a condition which is now referred to as classical conditioning. Pavlov developed some unconventional terms to describe his processes. The object or event that naturally produces a response was called the ‘unconditioned stimulus’ (UCS), and the response to this was termed as ‘unconditioned response’ (UCR). The neutral stimulus or the NS is a new stimulus where there is no response. In the process of conditioning, the person or animal is given an unconditioned stimulus along with a neutral stimulus repeatedly to produce a new learned response termed as ‘conditioned response’ (CR). Pavlov also discovered that for the associations to occur, the two stimuli should be offered one after the other. This law was coined ‘the law of temporal contiguity’ by Pavlov.

Since Pavlov’s previous work between 1890 and 1930, his studies of classical conditioning have become very famous. Pavlov was, without doubt, a behaviorist. His theories were based on observable behaviour as it is possible to measure behaviour but not thought. The human mind can be compared to a black box that is not possible to open. We can only know what goes inside and what comes outside of that box. For Pavlov, scientific evidence was the keyword; he studied reflex and automatic behaviour that is triggered by a stimulus from the surroundings.

John B. Watson went further and extended the work of Pavlov to study human behaviour. In 1921, Watson conducted a study of Albert, an 11-month-old infant. The purpose of the study was to condition Albert to fear a white rat by combining the sight of the white rat with a jarring noise. Initially, Albert showed no fear at the sight of the rat, but as the rat began to appear repeatedly along with the sound, Albert developed a fear of rats. It can be concluded that loud noise was the factor that induced fear of the rat. The experiment conducted by Watson suggested that classical conditioning could be the cause of some phobias present in human beings as they learn to associate one stimulus with another. The first stimulus triggers the second stimulus.

Pavlov’s theories, especially in the field of child psychology, were very influential, and he received a Nobel Prize for his path-breaking contribution to science. He died in Russia in 1936.

Do the following statements agree with the information given in the Reading Passage?

Platonism is the philosophy of Plato. Plato is the Greek philosopher and the student of Socrates. He wrote books such as the Apology, Republic and the Symposium. He influenced Western thought at large. He developed the popular myth called allegory of the cave. He used myths to convey his philosophical ideas because he believes that people are mostly learned by stories and myths.He divided the myths into three: false myths, myths based on reasoning and non-verifiable myths.

Plato believed that education is an important element for a healthy state. He understood that a child's mind is like a tabula rasa which can be moulded in many ways. He claims that we should teach children to seek wisdom and to live a virtuous life. He also invented a detailed plan for the pregnant woman to follow in order to carry a healthy fetus.

Do the following statements agree with the information given in the reading passage?

Schopenhauer On Books And Writing

Schopenhauer divided the writers into three kinds: meteors, planets and fixed stars. Meteors only produce a momentary effect. Examples of Meteors will be popular fictions. Planets are the moving stars, even though it is endurable, it will vanish. Fixed stars are unchanging and eternal. It is not limited to certain nations, but universal. And, planets' kinds of writers are the one who are limited to certain places and periods.

He states that there are two types of writers: One who writes for the sake of telling about something that  they know and another one who writes for the sake of writing. The motive of the latter is solely to earn money. He claims that the former kind of writer is the one who is worth writing. Great writers are not concerned about money more than to deliver their wisdom. He dislikes the journalist because he believed that they have a stupid desire of public to read only the printed materials.

He further classified the authors into three types. First one, write without thinking. They get ideas from their memory or other people's books. Second one, who thinks while writing. For them, telos of thinking is to write. Third one, who thinks and reaps thought before they start writing. He strongly emphasize that one who is worth reading is the one who writes from their mind.

He says that the value of the book either consists in the material or in the form. Material is the subject itself such as historical facts or philosophical concepts. Form is something that how they constructed the material. He believes the public is mostly interested in the material than form.

Do the following statements agree with the information given in the reading passage?

Answers for IELTS True False Not Given Mock Test

These free 4 IELTS academic reading true false not given mock tests will increase your chances of achieving an 8+ band score in the IELTS Reading test. If you have any questions or want to tell us something, then feel free to email us.