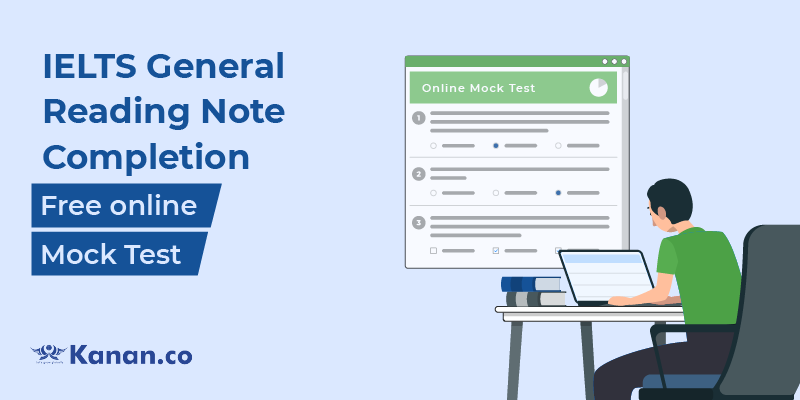 In this blog, you will find 2 IELTS general reading note completion mock test questions which have proved to be an effective way in improving your answering skills. In this task, you will be given a set of incomplete notes and a reading passage. You have to complete the notes with appropriate words, which should be picked up from the reading passages. Remember, you need to answer the questions within the word limit, mentioned in the instructions. 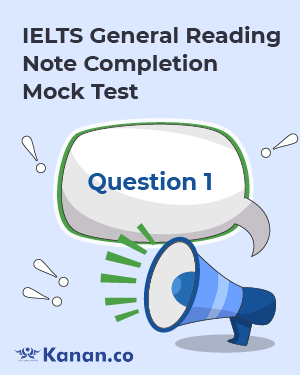 Answer Questions 1-5 which are based on the reading passage below.

A state takes actions for the purpose of paying back its creditors which are called austerity measures. These measures include slashing government hiking taxes and expenditure, and generally, it will be imposed on a country when its national deficit seems to be not sustainable. In these circumstances, banks likely lose their faith in the government's potential or willingness to repay existing debts and as a response, it refuses to carry over the current loans and asks excessive interest rates on new lending. Often, Governments turn to the International Monetary Fund (IMF), an intergovernmental organisation which functions as a lender of last resort. The typical reaction to this is that the IMF demands austerity measures so that the indebted country can reduce its budget deficit and be able to fulfill their loan obligations.
In 2010,, a wave of austerity across Europe has seen cuts and freezes to pensions, welfare and public sector salaries along with hikes to some taxes and excises. The Greek program tries to reduce the budget shortfall from 8.1 percent of GDP in 2010 to 2.6 percent of GDP in 2014  basically by freezing public sector incomes in that period and decreasing public sector allowances by 8%. In addition, VAT - the Greek sales tax - will be increased to 23 percent, and tax on tobacco, fuel, and alcohol is also increased. Compared to the current retirement age for men, the statutory retirement age for women is raised to 65. This sort of reform is not popular in Greece. Furthermore, the series of general strikes dented the economy.
IMF-imposed austerity measures have been charged for motivating the deep recession following the Asian financial crisis of 1997. From the early 1990s, international investors from rich countries like Japan and the United States invested large amounts of money into SouthEast Asia, in order to make some quick returns and the soaring economies of Thailand. The title “the Asian Tigers” earned by the Philippines, Malaysia and others. Nonetheless, when things are going bad, the foreign investors are frightened and retract their investments in masses decimating Asian currencies and it turns millions of employees out of work. The IMF’s job in the recovery was to impose austerity measures that kept interests high, simultaneously the wages and labour standards are driven down when workers are already suffering. According to one former IMF economist, the actions undertaken on a global scale caused the deaths of 6 million children every year.

Complete the notes below.

Write NO MORE THAN THREE WORDS AND/ OR A NUMBER from the passage for each answer.

Answer Questions 1-5 which are based on the reading passage below.

In 2003, the summer was remarkable as a result of global warming. In Britain, the temperature was high and in continental Europe, the forest fires raged vigorously, great rivers became dried and tens of hundreds of heart-related deaths. Now only, it is becoming clear how remarkable it was.

In western and central Europe, the warmest months are June, July and August, which is also the same with Portugal, Switzerland, Germany and Britain. According to the statement of the Climatic Research Unit (CRU) of the University of East Anglia in Norwich, the average temperature for the summer months was 3.78°C  above the long term norm.

That excess might not seem a lot until you are aware of the context – but then you realize it is enormous. There is nothing like this in previous data, anywhere. It is considered so exceptional that Professor Phil Jones, the CRU’s director, is prepared to say openly – in a way few scientists have done before – that the 2003 extreme may be directly attributed, not to natural climate variability, but to global warming caused by human actions.

You can realize how enormous it is if you are aware of the context. In previous data, you can’t find temperature like this anywhere. Professor Phil Jones, the CRU’s director, openly claimed as like some of the few scientists have done early, that the causal factor of extreme weather in 2003, is a global warming caused by human actions rather than the natural climate variability.

Meteorologists satisfied themselves with the formula that current high temperatures are compatible with their climate change predictions. In the great block of the map, stretches between 3 5-5 ON and 0-20E, the temperature recorded by CRU was reliable dating back to 1781. Between 1961 and 1990, the graph shows that there are half a dozen anomalies which exceed the temperature of 20 °C.

Complete the notes below.

Write NO MORE THAN THREE WORDS AND/ OR A NUMBER from the passage for each answer.

Check your answers with the sample answers for the IELTS general reading note completion provided.

Prepare for the IELTS exam by attempting this free note completion mock test. These will train your answering and reading skills in order to enhance your answering capabilities. Hope, you also obtained a good strategy for answering the questions efficiently.