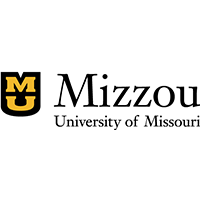 The University has a campus just south of Downtown Columbia and was preserved as a botanical garden and the historic campus placed on Francis Quadrangle, a historical district registered on the National Register of Historic Places and contain several buildings on the National Register of Historic Places. Along with this, the entire campus is divided according to the fields. To exemplify, the academic area separated into Red and white campus, the main campus of the University of Missouri Hospitals and Clinics is north of the sports complex, a separate building for the Museum of Art and Archaeology.