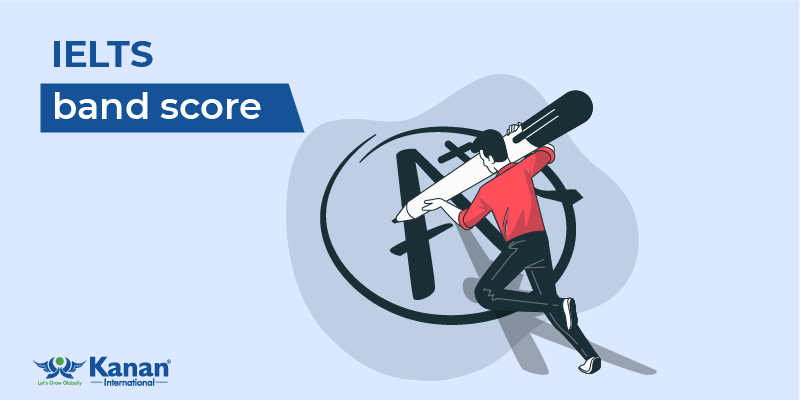 IELTS is the English language proficiency test, used to evaluate your proficiency in the language. The four (4) basic linguistic skills, namely listening, speaking, writing and reading are assessed in this test. The test is conducted by the British Council, IDP, and Cambridge to assess the language competency of non-native speakers. The test is in two formats: IELTS academic and general. The IELTS band score is graded between 0-9 as per skills.

The IELTS band score is one of the essential criteria required to achieve your abroad education dream in the US, UK, Canada, etc. This IELTS score validity is 2 years. Thus, a clear understanding of the overall IELTS band score and how it is calculated is required. In this article, we will guide you through the overall score calculation, the IELTS band score chart, and the individual section scores.

How the IELTS band scores are calculated?

In the IELTS exam, there are no qualifying marks, but the marks obtained are to precisely assess your English language skill. The score obtained will demonstrate your English proficiency. This score is vital because it is used for obtaining the Canada PR and immigration visa.

The following IELTS band score chart will illustrate how the IELTS score is calculated.

From the above illustration, you can see there will be 4 ways to round off the average score.

In the IELTS band score, the value of 0.5 is vital. Thus while filling out your application form, be cautious to fill in the original score as given in the TRF. The score obtained is valid for 2 years. If you wish to improve your IELTS score, you can retake the IELTS exam again.

The IELTS band score descriptors are used to measure your English competency level to provide the score. IELTS score is considered by immigration offices and universities across the globe because of its accurate assessment level. The IELTS band score chart is given below for your reference. As you are aware that the IELTS test evaluates your ability to listen, speak, write and read the language, these four skill sets will be the 4 sections of the exam. Since the IELTS score, scoring pattern, and marking criteria for each section differ, we will see how each section is being assessed and scored.

This section will be conducted for 30 minutes, during which you will be listening to the recording of 4, different conversations and monologues in social and academic contexts. Using the audio, you will be answering the given questions. The below-given table will show you the obtained raw score and the corresponding IELTS listening band score. From the table it can be seen that, for a score of 38 out of 40, your listening band score would be 8.5, and for a raw score of 31, your band score will be 7 and so on. Thus you must pay keen attention to the audio played and try answering the questions correctly within the time limit.

In the reading test, you will be reading the given passages and responding to the corresponding questions. You will have 40 questions to answer in 60 minutes. Each question carries 1 mark and there is no negative marking. Thus your IELTS reading band score will be calculated based on the number of correct answers provided.

Check out this IELTS reading band score to know more about the evaluation of the reading section.

The IELTS Academic test is taken by aspirants seeking admission to universities abroad. You will be given 3 passages taken from the articles and publishings from an academic background. The academic test is considered to be hard as the language used will be at a scholarly level. You will be given 40 questions and each question carries one mark. The IELTS academic reading band score will depend on the raw score obtained.

The IELTS academic reading band score chart is given below for your reference. The IELTS general test is taken by individuals who are travelling abroad for a job or for migrating reasons. The GT test is considered easy as the passages will be related to the social life, work life, and personal life of the individual in an English-speaking country. You will be given 3 reading passages, and 40 questions to be answered in 60 minutes. The IELTS general reading band score will be given in accordance with the number of correct answers given.

The IELTS general reading band score chart is given below for your reference. The IELTS writing band score is calculated based on the 4 marking criteria. They are The IELTS speaking test is used to check your command over the language. The test consists of 3 parts. In part 1, you will introduce yourself, in part 2 you will be given a speaking cue card and asked to talk about the topic. Part 3 will be a follow us discussion session, where you will be discussing the cue card answer. The IELTS speaking band score will be calculated based on your performance in all the 3 parts.

The IELTS speaking band score is calculated based on the 4 speaking assessment criteria. They are The speaking band score chart is shared for your reference.

Learn more about the IELTS score required for Canada PR.

Achieving a good IELTS band score is important to secure admission to the top universities of the globe. As the overall score is calculated based on the individual section, pay equal attention to crack the sections successfully.

1. What's the passing score for IELTS?

2. How are scores calculated in IELTS?

Individual scores of all 4 modules are first compared against bands [zero to nine]. Then the bands for each module are added up and divided by 4. The obtained average score is your IELTS band, ranging anywhere between 0 and 9.

3. What’s the validity of your IELTS score?

The validity of the IELTS test report is 2 years. This means that you can apply for your studies abroad within those 2 years. If the score expires, you’ll have to retake the exam.

4. Does reapplying for IELTS increase marks?

No, that’s not possible. You are allowed to choose the highest or any one test report that you wish to use. It’s always better to go with the highest band since that can fetch you other opportunities.

Yes. IELTS band 6 can get you into many good colleges in Canada. It’s also useful for migration visas. But if you are looking for a master, you may need to score a little more than just 6 in IELTS.

7. Is 1 month enough to prepare for IELTS?

IELTS preparation time varies based on the test-taker and how much time the person has in hand. Some people find it easier to prepare within a month, whereas some couldn’t complete the syllabus after 2 months.

Yes. You can prepare for IELTS at home for one month. Self-studying is a good idea, but not for those who don’t know what IELTS is all about. If you are struggling to understand the question patterns in IELTS, then you must go with coaching. A professional IELTS trainer will prepare you within a month.

To get a good band score of 7 and above, you must understand how the entire exam is marked. If you follow a strategy, then it shouldn't be difficult to get a band score of 7.5, 8 or 9 in IELTS.

10. What is the IELTS life skills test?

IELTS life skills tests are used to assess only the speaking and listening skills of the test-taker. It’s used for certain visa types to move to the UK.

Yes, 7.5 is a good IELTS band score and is considered to be an above-average band score. Most universities are considering a band score of 7 and above as their pre-requisite for admissions.

The IELTS band score of 4 indicates that you have limited usage of the Language. For a hassle-free immigration and admission process, you must have a band score above 6.

13. What is the difference between raw score and band score?

14. What is IELTS life skills score?

IELTS life skills exams were first offered in 2015, to meet the requirements of the UK Visas and Immigration [UKVI]. It’s offered to test the speaking and listening skills of test-takers applying for certain types of UK visas.
The test doesn’t have reading and writing sections, and no band score is given at the end. It’s only to test the speaking and listening ability of test takers - the way they communicate and engage in a discussion.
Since there is no scoring system in this test, the test-taker is declared either to pass or fail after the exam. If a candidate fails, he/she can retake the exam as many times as they want. But if a candidate passes the exam, then he/she cannot take up the test [to improve scores] for the next 2 years.

You need a good IELTS band score for the following reasons

16. What happens if you achieve a good IELTS score?

As explained above, achieving a good IELTS score is very important for university admissions, PR applications, migration, etc. If you were not able to secure the desired IELTS band score, you can rewrite the exam as many times as possible.  IELTS is an exam that can be re-taken any number of times. 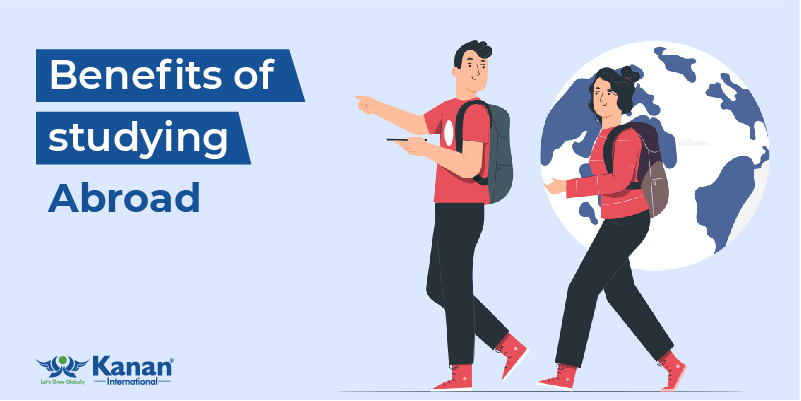 8 IELTS Courses In Moga That Helps To Achieve Your Dreams 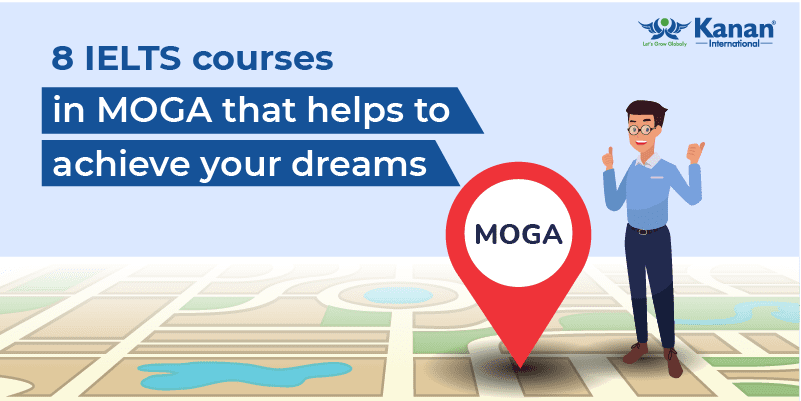 8 IELTS Courses In Moga That Helps To Achieve Your Dreams

Best Countries to Migrate from India

How to Convert SGPA to CGPA?

SOP for MS in Civil Engineering

How to Calculate Percentage of Marks

Best Countries to Migrate from India

How to Convert SGPA to CGPA?

SOP for MS in Civil Engineering

How to Calculate Percentage of Marks