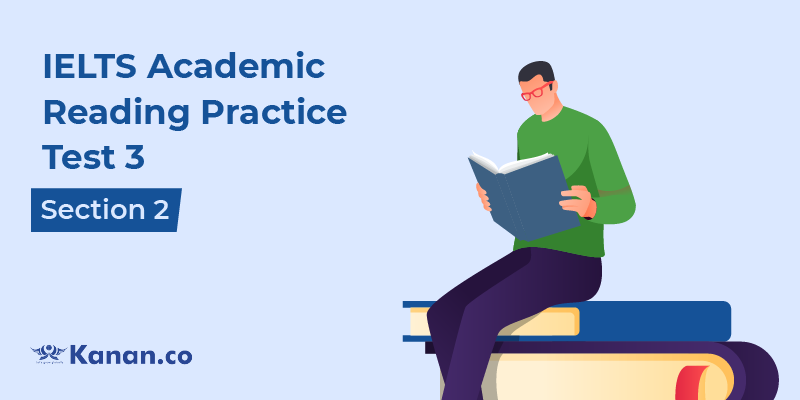 You should spend about 20 minutes on Questions 14-26, which are based on Reading Passage 2 below.

Increasing crime and devastating acts of terrorism have seen a growing need for veillance. Whether it is security cameras or a satellite hovering above the earth, you can be sure that someone is watching you. Law enforcement personnel and security professionals are depending heavily on video surveillance as an important tool in their battle against crime and terrorism. Statistics say that camera surveillance has been an effective tool in discouraging crime. In places like the UK, virtually every street sports security cameras. Though by and large, such systems have the support of t poncerns regarding privacy invasion have been raised.

However, the full potential of these so-called 'tools of invasion' was realized when vestigators were able to identify the two suspects of bombing at the Boston Marathon er going through video images garnered from security cameras. The images led to mediate apprehension of the Bosto bombers. While there is no dispute on the effectiveness of security cameras, the question begs to be asked: Are government bodies crossing legal and ethical boundaries in their quest for security?

While we debate on the issue, a glimpse at the first known use of a 'security camera' is needed. It was in the year 1933 that a gentleman named Norbury first used it in England. Disturbed to find that an intruder was stealing his eggs and chickens, he set up a box camera with cords connected to the door. An image of the intruder was captured within a few days. The intruder Frederick Bamell was found guilty by the judge, who was impressed by Norbury's investigative capabilities.

While the benefits of security cameras cannot be denied, where do you draw the line? The presence of cameras may deter crime, but there is no regulating body monitoring those behind the camera. Cameras placed in private places with a malicious objective are a case in point. A couple of months ago, footage captured on the Delhi Metro CCTV found its way into the public domain via YouTube. With such blatant misuse of footage, where does the buck stop? All surveillance cameras cannot be treated the same. They could be from corporate agencies, law enforcement bodies or even irate neighbours. A matter of harassment must necessarily be differentiated from a matter of public interest. While it is a crime to peep into a neighbour's window, a camera could well be doing the same with the legal provision.

Neil Richards, Professor of Law at Washington University, posted an article on the CNN website, articulating his concerns regarding civil liberties and loss of privacy due to ubiquitous cameras set up in urban areas. Referring to suggestions of an increase in surveillance cameras to fight terrorism after the Boston Marathon bombing, Neil Richa author of The dangers of surveillance,' said, 'This would be a mistake. This would be dangerous to our civil liberties. He not only felt that camera installation and maintenance was expensive and the money could otherwise be used for services like schools, firefighting or security services but also that it did not deter crime. Cameras could only report the crime if they were in the right place at the time of the crime. Boston Police Commissioner Ed Davis agrees when Professor Richards argues that more police and more cameras would make it a police state.

When talking about increasing cameras on the streets, Richards says, 'Such a system could conceivably give the government increased power over us, the capacity that could be used not just to monitor, but in some cases, to potentially blackmail, persuade or discriminate Less privacy ultimately results in less civil liberty. While being under constant surveillance does make us feel safer, it's only an illusion. Whether it is the Gestapo or the Stasi, history shows that government surveillance inexorably leads to abuse of power. Unlawful surveillance and blackmail were conducted by the FBI on supposedly 'dangerous' people like Martin Luther King Jr.

There is no doubt that in the current scenario, apprehending criminals and more importantly, terrorists is a necessity. Thousands of lives can be saved if the perpetrators can be caught in time. As for the question of civil liberties, if you have nothing to hide, being watched over on television or camera or through any other media does not matter.

Do the following statements agree with the claims of the writer in Reading Passage 2 ?

14. Security cameras and satellites are evidence that you are under close observation
15. In the UK, as the crime rate is comparatively high, every street has security cameras.
16. Without security cameras, it was impossible to capture the Boston Marathon bombers
17. A digital camera was first used to catch a trespasser who tried to steal eggs and chickens
18. Security cameras pose more disadvantages than advantages.
19. It is not offensive to pry into a neighbour's window through the lens
20. Surveillance cameras provide a false sense of security.

Answer the questions below.

21. What other term is used for security cameras in the passage?

22. Who was caught by the first use of a camera in England?

23. What does Neil Richards consider a negative social impact of security surveillance?

24. What could be the maximum help with a camera in specific conditions?

25. What is the state likely to misuse, if handed over through security cameras?

Choose the correct letter, A, B, C or D

26. In the final paragraph, the purpose of the author is to point out that